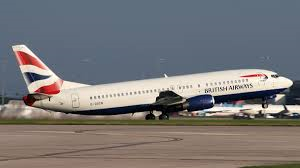 Last day here. Started with an hour’s run with Elvis, a light, fleet of foot middle aged man who lives nearby in Mayaro. He has run a half marathon in 78 minutes which is excellent running (85% age-graded). It was encouraging for me because had I not been a runner (of sorts) and not been over here I would not have been running with him and explain to him what was wrong with the large porcelain statue that we passed, that purported to be of Christ, why I was delighted a Jehovah’s Witness hall he told me about was destroyed in a landslide and recite to him the Apostles Creed!

Back home for lovely breakfast of fry-bakes and cheese and coffee.

Job 27 (like Psalm 73) shows that the prosperity of the wicked means nothing and indeed adds to his condemnation.

Job 28 shows us that wisdom is the most precious thing and is moral (not just intellectual), consisting the fear of the Lord and to depart from evil, in other words, salvation through repentance and faith, a sovereign gift from God. Christ is wisdom personified (Proverbs 8).

Amazing providence on way to airport. Clyde (my brother in law) had dropped Chris and Joseph and headed home while we were a bit later than them having got stuck in traffic. Marie said, “Clyde will be on way home better look out for him.” Almost the next car on the opposite carriageway was Clyde and we exchanged waves!

Guy next to me in airport lounge had on a plaster cast. I asked him what he’d done. He’d broken his ulna hitting a metal edge (simple crack). Was able to assure him it should heal no problem.

Many family saw us off British Airways flight scheduled 1735 (excellent service)arriving 8am tomorrow (Tuesday and was on time) and connection to Belfast 6pm same evening. Barely slept at all. Long wait and Easyjet was late.

Eventually glad to be met by Beth and Bradley Buchanan at the International Airport about 8.30…HOME!

Ballymena-Devotions Psalm 139:7-9 and Jeremiah 23:24…no matter where you go-God is there . He is omnipresent. He is even in hell in his wrath. Who attempted to hide from him/ Adam, Saul and the wicked will (Isaiah 2:10-12) but there is no evading him!

On our last full day over here, the Lord’s Day (a day always a bit fraught for me because everyone has different ideas of what is and what is not acceptable in keeping this day holy). Eventually we settled down to hear the CPRC morning sermon, then had lunch. Visit planned for p.m. 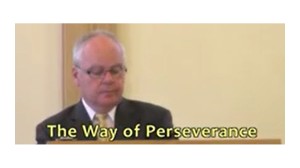 Afternoon over to “Chunks”, Reena and Ryan and families up Cedar Grove, not too far. As well as driving heavy plant and construction work he has a large fish pond filled with Tilapia fish (from hatchlings to arm size) and loads of Banana and Plantain trees. 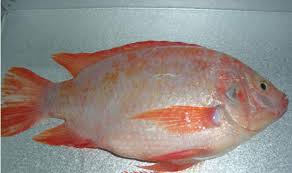 Tilapia fish. Brothers Philip and Krishna came later for a “lime” at Monica’s (a lime is a chat).

Up early as Elvis, a local long-distance runner, called just after 6am to go for a jog. Then quick dip in the sea. Lunch is a big family affair at brother-in-law Ramesh and Christine’s house.

Correction on a bird (see pic) and a further one that is seen swooping over the local swimming pool and has a lovely light blue tinge. 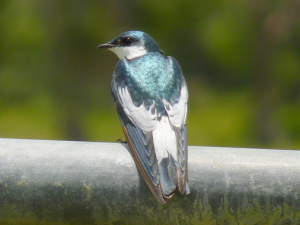 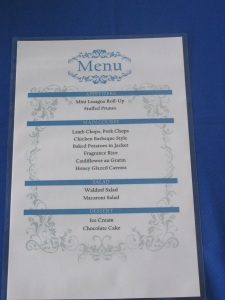 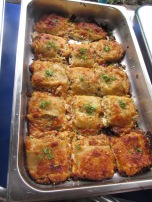 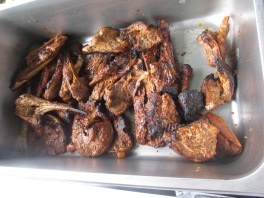 The smiling faces hide many spiritual battles going on which I’ll share with some of you in person. Marie and I walked on beach later to see full moon which apparently was a “blue moon” last night! One more Lord’s Day and then on Monday we start return journey with nephew Chris, thankful for everything!

Slow start to get to Harry’s Water Park around noon. a place past Rio Claro near Tabaquite, situated centrally on the island, full of water activities like pools, flumes, lazy river, pedalo, kayaks, zip line and zoo (see pics). 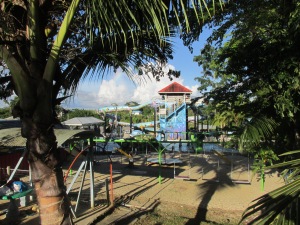 While waiting for the others and contemplating how water rises up trees to the topmost leaves I thought of all the quotes we read on Facebook from preachers and laymen, past and present who say pious and challenging things, exhorting us to love and good works but we may not know how many of them live godly lives, hence the need for us to know godly examples amongst our close friends. Hebrews 13:7,  ” Remember them which have the rule over you, who have spoken unto you the word of God: whose faith follow , considering the end of their conversation.”

We closed the day round the table considering David and Goliath

Despite the heat I headed out for a jog around midday and then some sprints (60m) across the football field and some weights.

Lunch followed by Scrabble with Kirsten and Marie.

Near 4pm we set out for the beach-nice waves, body boarding and body surfing. 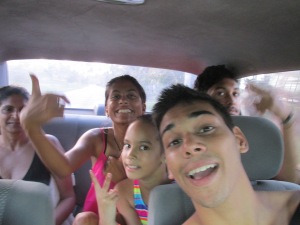 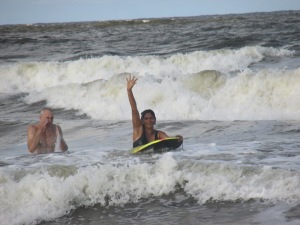 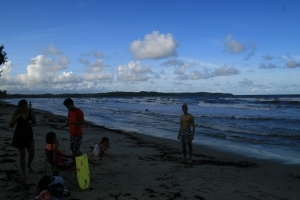 Off to Guayaguayare via Stonebright village where in a culvert by the road I saw a Cayman about 6-8 feet long which slunk down into the water and into the pipe under the road. We had been told by a grand nephew it was there and it seemed to be left alone by the locals and it left them alone.

Nice lunch at Shantie’s (see pic of rice, dhal and curry chicken) where this little spider was seen (much enlarged) and swallowtail butterfly, then after it cooled down a bit off to the beach/murky lagoon (see pics)

Jogged and sprinted on beach then home via Cayman gully where Marie and Joseph saw one-was it the same one or a smaller pal? Back in Mayaro Michelle has now returned from her Far East tour.

Usual start to day but today off into the country with brother-in-law Krishna to visit no less than five aunts and uncles-in-law who all live very close together in Union village. Rita with daughter Linda and Donald first and their newborn daughter, Aunt Agnes, Uncle Abraham and family, Sonny boy and Kelly, Uncle Gilbert and son Kelvin where I got to catch up with newspapers and particularly how T&T got three golds at Pan-American Games. Walcott won javelin, Borel in women’s shot and the 4x400m men.

Saw one of these which apparently get very big–Joseph recognised it as a Tegu Lizard. Plantain chips are very tasty, like our crisps but made of thin slices of plantain which is a type of big banana. 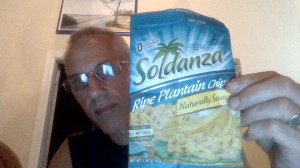 Personal devotions, some web work, lunch, kick around at football with some boys, then off to visit Reese , Gideon and their two children in Mafeking village. Had a lovely chat/fellowship covering a wide range of topics spiritual and physical with Gideon, who works in the gas industry. 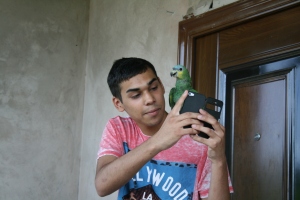 Retuned home after short drive to do some jogging with Marie.

To Tunapuna to church at Tunapuna Evangelical Reformed Church at 11 and a good message on Genesis 2—God’s clear delineation of gender and their roles. Lovely lunch and fellowship with church friends in Tacarigua (see pics on the verandah) and then drive home to Mayaro.

Our hosts were Paul and Jennifer Seemurath (blue top and seated in corner). 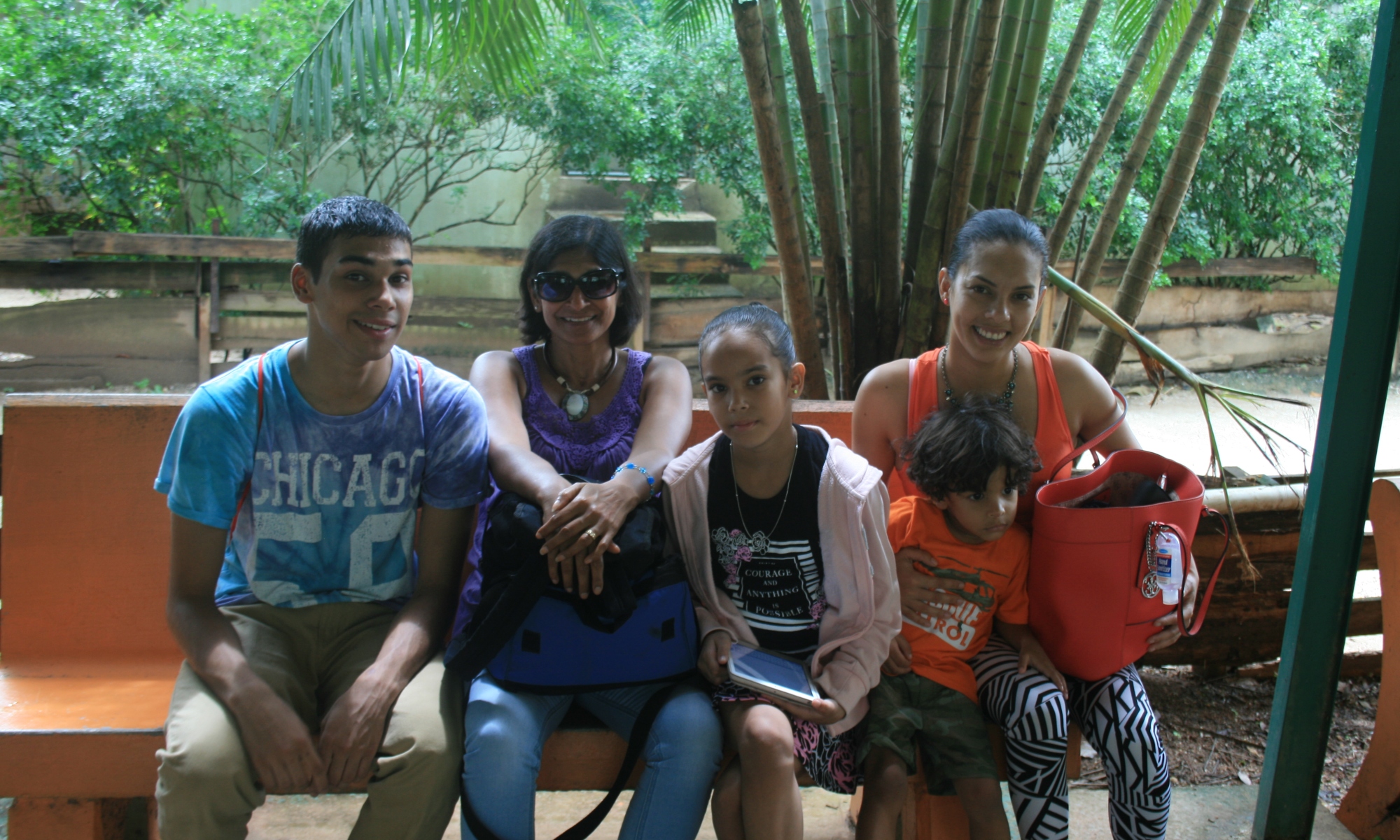 It rained heavily and non-stop from 6 till after 9 and I hoped it might stay cloudy for run later. Left for Port of Spain around 10 stopping at Manzanilla Beach to see seaweed clean-up operations (see pic).

Got to zoo around 12 and met Jackie and kids and went round all the beasts, of note were two tiger cubs bred there.

With Jackie, Kirsten and Kyan at Zoo. 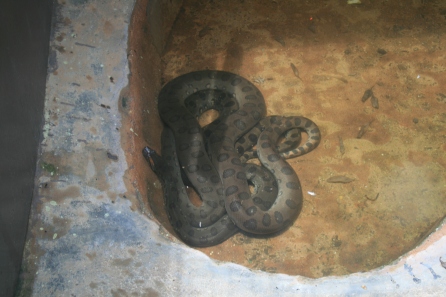 By now sun was out so we moved down to the 5K race start and we met Ronald from Facebook. After interminable warm up of dance we got going and my summary of the race was that it was good because I was not hampered at the start and because I was first M60 across the line I got a food hamper as a prize. It was tough as my time of 24.47 reflects hot (about 30C). 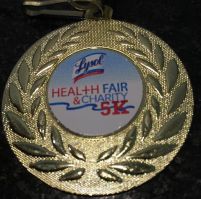 Thanks to organisers plenty water stations so I could try and keep cool. Ronald M50 did well crossing line in just over 24 minutes. Winner did 16 minutes something. There were about 300-400 runners. Nice goody bag and loads of freebies but sadly nowhere to shower off so I wet the car seat coming home to Jackie’s in Couva. With no Wi-Fi in Couva house this update had to wait! Ended the day considering Heidelberg Catechism Lord’s day 1–“Our only comfort in life and death.”